Quentions and Answers about Westward Ho! in North devon

Beachside Holiday Park is based over lookiung the sea and beach at Westward Ho! We often get asked questions about our stunning village, here are some answers to help you have a better holiday. 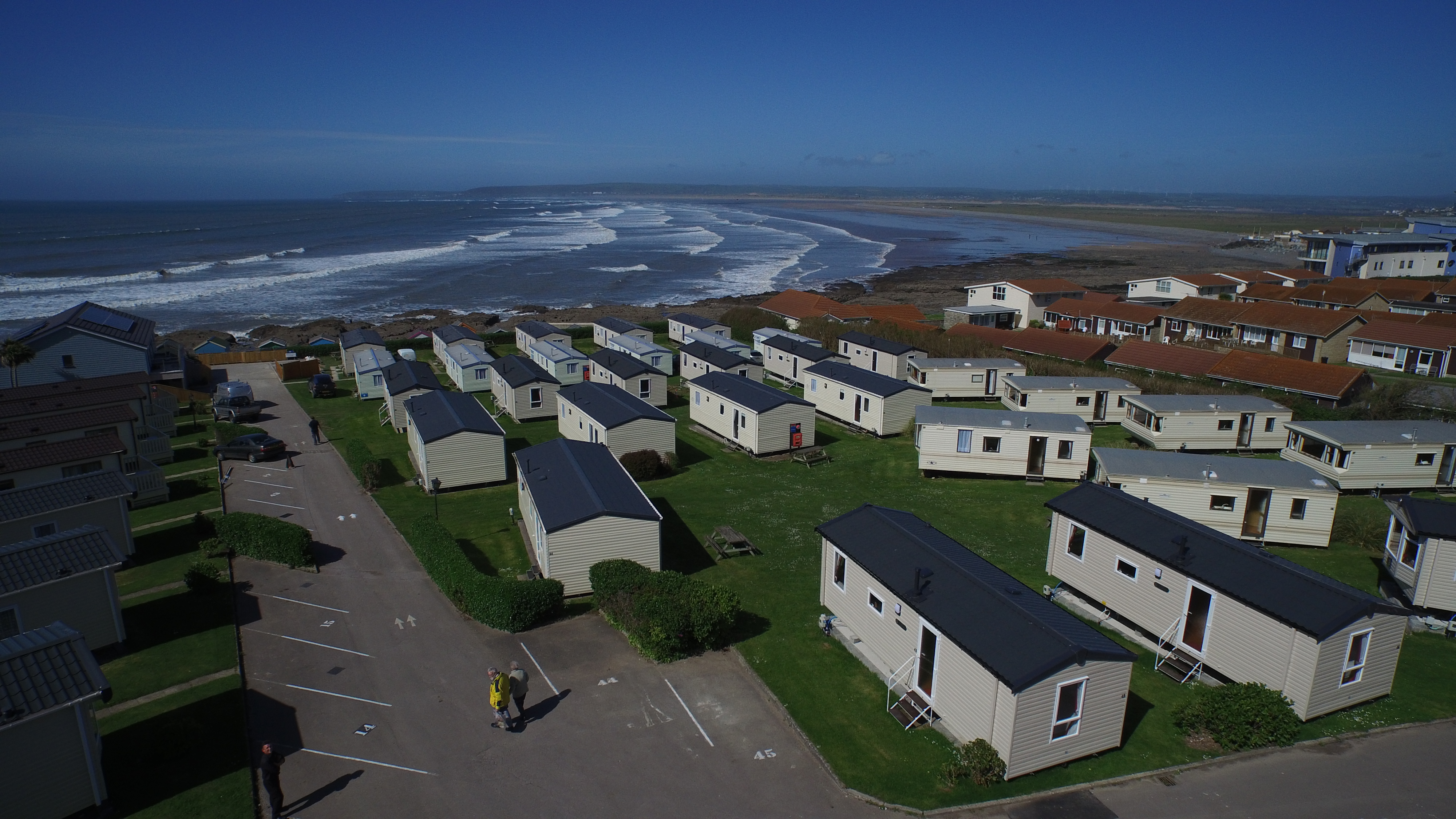 What is Westward Ho! famous for?

Westward Ho! is famous for being a village that takes its name from the book Westward Ho! written by Charles Kingsley in 1855, it is also the only location name in the UK with an exclamation mark in it! Westward Ho! nowadays is more famous as a tourist destination and has transformed in recent years with large development of modern holiday apartments, a re-development of the main village green and the esplanade has transformed and re-vitalised this beach side village in recent years. Westward Ho! is now a popular tourist destination, especially with families that want a beach based family holiday with several small attractions in the village and the excellent Royal North Devon golf course nearby. Westward Ho! is now famous as an award winning Blue Flag beach holiday destination that is geared towards families and water sports enthusiasts, especially surfers.

There is no definitive record of the person who actually gave Westward Ho! its name although the Westward Ho! history web site provides the best account for the name being given. The name is certainly derived from the Charles Kingsley 1855 novel which pre-dated any actual development on what is now the village. The name is probably derived from the first major development, the Westward Ho! Hotel that was built by the "The Northam Burrows Hotel and Villa Building Company". The hotel actually changed its name in 1867 following a visit by the Prince of Wales to the Royal Hotel but it appears that Westward Ho! as a name stuck around that date. It is certainly the case that the popularity of the location was predominantly down to the book that drew Victorians to the area and provided the foundation for the development of the area.

Westward Ho! is anything but tacky now with a huge level of developments of modern flats and buildings along the esplanade that has seen this Victorian seaside village transform. As with many Victorian seaside resorts, the advent of the foreign package holiday in the 1970s and 1980s had a significant impact on tourism numbers and the village suffered from a lack of investment and run down holiday accommodation. In particular, the sea front and esplanade went through a period where it was less than appealing, as did many UK destinations at the time. There are two factors that have transformed Westward Ho! in modern times. First, there was a significant effort to re-invest in the village, improve facilities and accommodation ahead of many areas. Second, there was inward investment in modern flats and holiday accommodation, some for second home ownership, ahead of many other Victorian villages and towns in the area. Westward Ho! is now a modern and thriving beach resort, it does have the traditional amusement arcades and ice cream parlours, Hockings ice cream by the way is the best ice cream available! It is now viewed as a modern and thriving village, very popular with families and those that want to enjoy beach based sports, especially surfing!

Is Westward Ho! worth visiting?

Westward Ho! is a village that sits by the beach, a perfect location for couples and families that want a beach based day out or for a holiday. It is not a night life location that attracts teens or groups and is more family orientated. There are a growing number of high quality restaurants, water sports shops, go-kart circuit for kids, adventure golf, arcades and places to eat. Essentially, Westward Ho! is really about the beach, that is the main attraction. The beach is an award winning Blue Flag beach patrolled by RNLI Lifeguards during the summer months and is popular with families. The beach does get completely covered during the high point of the high tide though. There is good surf with several surf schools and the beach is 2.5km long with parking along the back of the beach and available in the main village car parks. During the summer months dogs are only allowed at the north end of the beach to the right of the pebble ridge.

Can you swim at Westward Ho! beach?

Swimming is very popular at Westward Ho! beach, in fact it is one of the most popular places in the country for a traditional New Year’s Day fancy dress swim in aid of charity where hundreds of people turn up to go for a breath taking dip in fancy dress, sorry, no wetsuits are allowed. The beach is patrolled by RNLI Lifeguards during the main summer months and for holiday periods outside of that, they even have a permanent station at the south end of the beach. Unlike Croyde and Woolacombe, rip currents are not so strong, although they do exist, so swim between the flags. The beach also has a Blue Flag award and has a high water quality and is safe for children.

Is Westward Ho! a safe beach?

Unlike Croyde and Woolacombe, rip currents are not so strong, although they do exist, so swim between the flags. The beach also has a Blue Flag award and has a high water quality and is safe for children. Westward Ho! is like Saunton in that it is gently sloping all the way down to the low tide mark. This means that the waves are less powerful than the infamous waves at low tide Croyde and to a lesser extent Woolacombe or Combesgate. Westward Ho! is quite like Saunton in that respect and is considered to be safer for both swimming and surfing. It is not advisable to swim outside of the flags, especially at the extreme southern end of the beach near the rocks where rip currents can pull you out. Similarly, at the extreme northern end where the estuary forms, it is also definitely not a good idea to swim here, especially if there is surf. Always swim between the flags and obey the lifeguards notices and then you will find that Westward Ho! beach is a safe and fun beach for both swimmers and surfers.